Some brief thoughts on benzos and Z-drugs 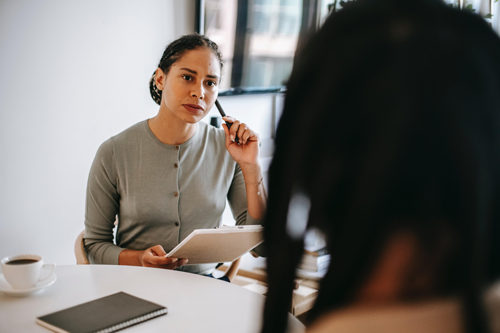 Benzodiazepines (benzos) and Z-drugs (zopiclone, eszopiclone, zolpidem) are familiar to prescribers in general practice and certain specialty practices (e.g. mental health, addictions, pain clinics, etc). These medications are often sought after due to their significant, and almost immediate, efficacy for treating common conditions. But they can also be sought because of their habit forming properties (which can evolve into a full blown benzodiazepine use disorder in some people).

Primary care physicians prescribe the most long-term benzodiazepines compared to other providers due to the sheer number and breadth of patients they treat. As healthcare providers and especially as prescribers, we have to be aware of both the benefits that benzos and z-drugs can provide our patients, but also the potential side effects and pitfalls. This can be more challenging than it would seem for a group of medications that have been around since the 1960’s.1

The College of Physicians of Nova Scotia (CPSNS) have recently released professional standards and guidelines around benzo and z-drug prescribing.2

These guidelines are a safe place to start when we look to reviewing and updating our prescribing practices.

In brief, the guidelines promote:

These guidelines, along with many other cautionary publications, may have a ‘chilling’ effect on prescribers with many of our colleagues opting to go so far as to avoid and/or refuse to prescribe benzos. But this could be taking things too far.

But where is the happy medium?

Consider the following data points which helps to balance our views of benzos that may not be as commonly known or discussed in the literature.

First, despite our concerns, the literature would indicate that benzos prescribed to treat anxiety disorders are not commonly abused.1  In fact, it would appear that lifetime benzodiazepine use disorder is around 1% of the population, which is much lower than many other substances of abuse.3 Also, although benzos taken together with opioids or alcohol can become dangerous, on their own, benzos are remarkably safe even in overdose with LD50 rates typically in the 1000’s.1

Also consider both the patient’s and your own personal experiences and needs. The art of medicine and the patient-doctor relationship cannot be forgotten, even in this time where there are seemingly ever increasing barriers separating provider from patients (and providers from providers for that matter).

From the provider perspective, your knowledge of this group of medications, your experience with prescribing them as well as your personal risk tolerance and scope of practice all come in to play. From the patient perspective, risk factors from their history (e.g. previous negative reactions to sedative agents, substance use history, age, etc), the patient’s life circumstances and also their preferences must be considered.

A brief anecdote. I once ‘inherited’ a patient from a previous psychiatrist where the patient’s prescription included alprazolam 2mg qid which he had been treated with for 20 years. As a newly minted psychiatrist at the time, my mission was to gradually wean him off of this ‘evil’ medication as a matter of priority and so we engaged in a strategy including a gradual switch to a longer acting benzodiazepine agent (diazepam) followed by a gradual weaning process, reducing in very small increments over the course of almost a year.

To my chagrin, his panic/anxiety symptoms returned with full force and he had to go off work for an extended period. Reluctantly I agreed to re-start the alprazolam at a low dose (0.5mg bid) and gradually we had to up-titrate until he became functional again; which was at least a bit lower - around the 1mg qid level. Despite multiple further weaning attempts with different strategies, we were never able to reduce the dose further without the symptoms relapsing to an intolerable level. He subsequently returned to work and continues to remain gainfully employed with full symptom remission.

I would not promote long term benzo use and I am not sure what the right approach is in managing benzos for each patient.

But perhaps asking ourselves whether long term benzo use is “right” or “wrong” may not be the best question to ask. Maybe we should ask whether our patient, with their particular characteristics, history and personality can reach a point where they can live their lives again with (if we’re lucky) less intense suffering, improved functioning and, perhaps, a bit more dignity.

Hopefully these brief reflections can help stimulate more thoughts and discussions around safe and effective use of these important medications.

1 2 3 Next »
We make specialist phone consults easy and accessible.
Get Started